Never miss an article with money saving tips - Join our List!
You are here: Home / Latest / What is a Retainer Fee? 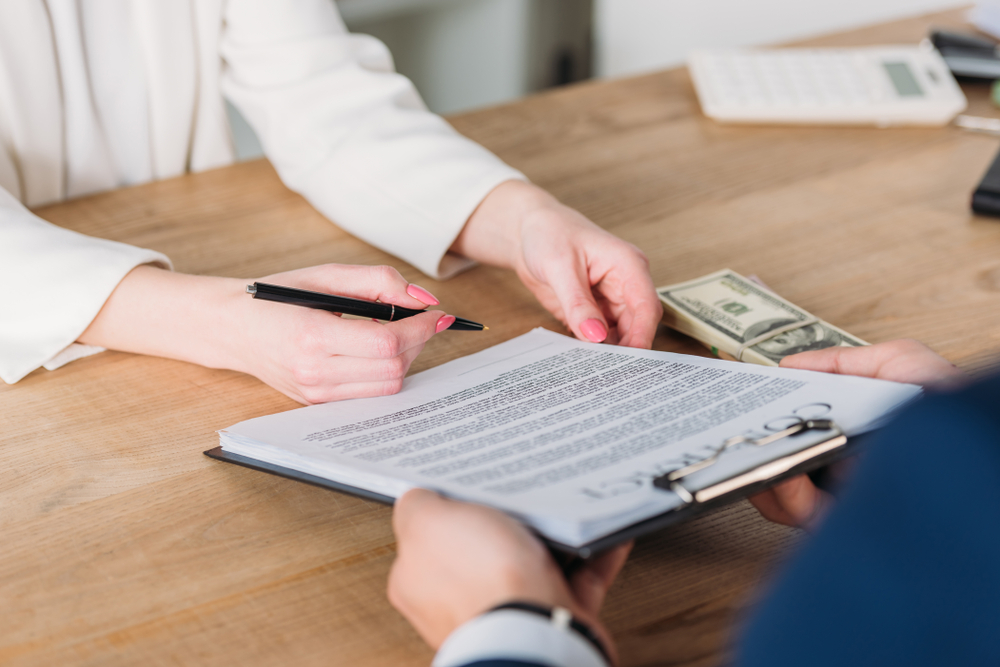 A retainer fee is one of the most common attorney fee schedules. A retainer is an amount of money that’s paid to a lawyer in advance to retain (hire) him/her to represent you in a legal matter. When setting a retainer fee, an attorney anticipates the amount of legal work that must be done and asks the client to either pay it in full or in installment payments, as determined by the terms of the retainer fee agreement between the attorney and the client.

For example, if you hire an attorney and ask him to represent you in a legal matter, such as breach of contract, he may ask for a retainer fee of $4,000 to handle the issue for you. The attorney then deducts his hourly rate, the cost for drafting legal documents, and other legal expenses from the retainer fee that’s paid at the outset of the representation. If the attorney incurs costs that exceed the retainer fee, he will charge you an overage to cover what wasn’t covered by the retainer fee.

• The fee to be paid upfront or in installment payments

• Whether the fee is refundable

Typically, attorneys send their clients monthly billing statements that show the client an itemized list of the expenses the client incurred. When the client receives the bill, usually, he will have to pay the costs immediately. If the client does not pay promptly, the attorney or law firm representing the client can place a lien on any recovery, property, or documents that are within the attorney’s possession, allowing him to retain the property until the client pays the overdue balance.

What Does an Attorney Do with the Retainer Fee?

After you pay a retainer fee, attorneys are required by law to place the fee in a particular trust account. An attorney then withdraws fees from the trust account as he earns them or as he incurs costs associated with his representation of the client. Attorneys typically withdraw the funds from the trust account at the end of the month. Costs incurred include the cost to draft legal documents, prepare motions, attend court, and giving advice.

Why Pay a Retainer Fee?

Clients pay attorneys retainer fees to retain their services and have them on standby and ready to assist the client in any legal matters that arise. For example, if you have been charged with drunk driving and you’ve hired a criminal defense attorney to defend you, having entered into a retainer fee agreement allows you to call the attorney and address any legal matters that arise. Also, as soon as a retainer agreement is executed, an attorney-client relationship is usually formed, allowing the client to leverage the attorney’s name or the name of his law firm as the name of the entity representing him in the legal matter. Having the name of a well-known attorney gives the client leverage when negotiating, for example, a plea deal in a criminal case or a settlement for a civil lawsuit.

What Does it Mean to Have an Attorney on Retainer?

Things to Look Out For in a Retainer Fee Agreement

Retainer agreements often include a clause that allows the attorney or law firm to bill an individual for services to be performed by others such as other attorneys, paralegals, or secretaries at undefined rates. It would be best if you negotiated other legal professional’s rates because these can quickly add up, and not having a flat price could lead to a large and unexpected legal bill. As such, ask the attorney to include the type of legal professionals who will be working on your case and the rates that these legal professionals will charge you to perform such tasks.

It’s probably not the best idea to have an oral retainer fee agreement. Some attorneys do not have written business contract and rely on oral agreements between both parties. You should not agree to an oral retainer fee agreement; you should always have everything in writing. This reduces the chances that there is any confusion as to what was agreed upon between you and your attorney. If there is any confusion, the it can be resolved by consulting the retainer agreement and see what both sides have agreed to. Also, if you can, try to have the attorney insert a clause the defines the scope of the work that you’re hiring him to perform. For example, will the attorney represent your case, including any appellate work, or work on motions? Having the scope of legal work reduces the possibility of confusion and make things more clear for both parties.

Is a Retainer Fee Refundable?

Is a Retainer Fee a Deposit?

A source of confusion for many people is that they believe that a retainer fee is a deposit. A retainer fee is not a deposit. A deposit typically refers to a sum of money that’s used to hold services, and it’s usually returned to the payer. However, a retainer is typically used to refer to a sum of money that’s given to an attorney as an advanced payment for legal representation in the future. Once the attorney incurs costs and earns the retainer, he can withdraw his fees and legal costs from the account holding it.