The same questions are frequently asked at the beginning of client representation: “What do you think about issuing a demand letter from attorney to the opposite side?” and “How much does a demand letter cost?”.  Attorney demand letters work well when executed correctly.

How Much Does a Demand Letter Cost?

What is a Demand Letter From an Attorney?

Save money on Demand Letter

Demand letters can occasionally produce the desired outcome straight away, but in our experience, this is relatively uncommon. In our years of training, we have only sometimes encountered this. The belief that nothing worthwhile ever comes easily is true. More often than not, you must fight for justice. Demand letters occasionally have a side benefit that allows you to see how your opponent will respond, depending on the circumstances.

Why Send a Demand Letter?

The person or business may know that you are owed the money, but they have put it on hold or believe you don’t intend to pursue payment. Consequently, it might not be a deliberate unwillingness to pay, making them ignore you or give you little priority. 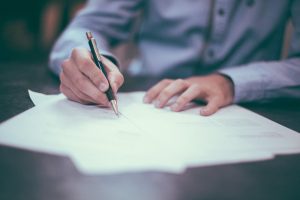 Of course, you have the right to get what you’re owed, so that’s still no justification for not paying. The second goal is to specify precisely what you are entitled to and what you anticipate. If there is a factual disagreement, this may lead to a discussion that could prevent you from having to go to court.

Do attorney demand letters work?  Demand letters typically aim to resolve a breach of contract disagreement while demonstrating your sincerity in pursuing legal action against the addressee. There are several demand letters; one might be more suitable for your circumstance than another. If the letter you send isn’t for the intended reason, it could make your legal situation worse.

Send us a message to get more information about our online attorney demand letters and cease and desist orders.

Similar legal and factual research is typically required for a good demand letter as a civil complaint. However, unlike a civil case, a demand letter does not begin the countdown to your adversary’s eventual accountability in court. Sometimes, prospective defendants disregard demand letters, thinking that they are probably merely bluffs and that the matter won’t become serious until after the Plaintiff brings suit.

Demand letters may also backfire because they offer your adversary more time than they would have otherwise to prepare their defenses. This can seriously hurt your ability to take the initiative in the case, which is essential for success. The most important rule is that you should never submit a demand letter threatening legal action unless you and your lawyer are prepared to see the case to a jury verdict. Failure to do so could seriously harm you and your attorney’s credibility.

Typically, a LOD will describe the reason for writing it, demand payment or action by a specific deadline, and threaten legal action if no response is received. Also included are any supporting documents that could be used to support your claim.

For instance, you may include your Lease Agreement to specify how much the Tenant was required to pay to recoup outstanding rent. Similarly, you may refer to your Service Agreement to show what tasks the contractor was supposed to complete to resolve a problem with one of your contractors. Depending on why the letter is being written, a demand letter’s contents vary. The most typical demand letter formats often contain the following:

Related Read: How to Send a Demand Letter for Payment of Services Rendered?

How to Write a Demand Letter

It’s okay to inform the other party that you’ll launch a lawsuit if your demands aren’t met. Any different kinds of threats are not permitted.  Do attorney demand letters work?  Simple answer, yes.

Things to Note While Writing Your Demand For Payment Letter

Related Read: How to Send a Demand Letter to a Landlord for Return of Security Deposit

How Should a Demand Letter for Payment be Sent?

By doing the following, you may be sure that the receiver receives your LOD:

Remember that sending your Demand Letter through email or SMS is not advised. This is so that the legal criteria for proof of delivery are not met by emails and text messages. When communicating via email or text, confirming essential details like the moment the communication was received, its content, and more can be challenging.

Next step After Letter of Demand

You should get a response from the receiver after sending a demand letter. The recipient might, for instance:

Accepting a settlement often entails making some concession, such as consenting to receive less money than was previously owned by the debtor. A settlement might occasionally be the best choice when resolving a legal matter due to the expense of litigation and the time needed to handle an issue in court. For instance, a creditor may propose a settlement in a debt collection letter if a debt hasn’t been paid on time (perhaps because the debtor can’t pay in whole or within a reasonable time) to at least partially recover the sum owed.

How Long Does a settlement Take After Sending a Demand Letter?

The receiver will require some time to respond after receiving your demand letter for payment. The process for obtaining a settlement will take much longer or much shorter, depending on the situation and the recipient’s decision. Sometimes, a settlement cannot be reached, and the parties must take their case to court. You can include settlement conditions in your Demand Letter to hasten a resolution so the recipient can accept or reject them without needing to engage in back-and-forth negotiations.  It may take a long time, but attorney demand letters work in many scenarios.

What Should I Do If My Demand Letter Doesn’t Get a Response?

The next step would be to launch a lawsuit if your demand has not been ignored or the recipient rejects your demands in the letter.  Trust the process, attorney demand letters work most of the time.

Can I Write My Letter of Demand?

Do attorney demand letters work?  You can create your demand letter, of course. However, since employing them has legal repercussions, seek out legal counsel from litigation attorneys beforehand. If the conflict worsens, these implications—which aren’t always obvious—will impact how your case turns out.

When To Seek Legal Advice

After sending a demand letter and not receiving a response, you may file a lawsuit in small claims court or seek legal advice from a personal injury attorney. In small claims court, you can still represent yourself without legal counsel. The benefit is that the defendant must show up in court, and you are awarded a judgment by default if they don’t. Consider consulting an attorney if you’re unclear about what to include in a demand letter, how to word it, or whether your case is solid and convincing.

Going to court is seldom the best option because it takes time and money and has no guarantee of success. Thankfully, attorneys are aware of this as well. Most attorneys share your desire to settle outside of court. They’ll draft a firm demand letter that could encourage quicker payment or settlement because it comes from a lawyer’s office and may seem more “genuine” to your adversary. If the lawyer’s demand letter doesn’t have the desired effect, they will let you know your best next steps.

Having your lawyer create a demand letter can be wise because it allows the recipient to make things right without being sued. These letters typically include a brief history of the dispute, a demand for a specific resolution by a particular date, a legal rationale for the demand or a reference to a contract clause, and a statement of the sender’s intentions if the demand is not satisfied.  Do attorney demand letters work?  Simple answer, yes.

Save money on Demand Letter