Are you looking for the cost of legal services near you? Contact Attorney Fee Contact Us!
You are here: Home / Criminal Law / What Do You Do If You’re Falsely Accused of a Crime? 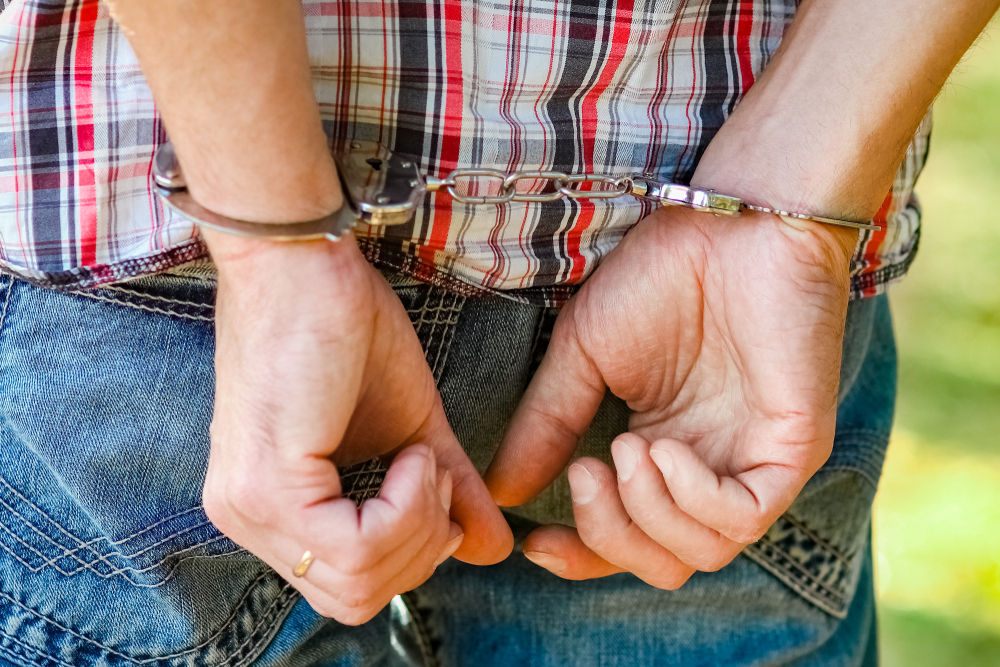 We all hope that the criminal system works. After all, it’s what helps put bad people in jail, and keeps the streets safe. But what happens when it doesn’t work, or it works incorrectly? And even worse, what happens if the system doesn’t work for you?

There aren’t many statistics out there on false arrests or false accusations, oftentimes because they can be covered up, or victims of these accusations do not want to relive that time in their life. But we do know that it does happen, and even more often than you may think.

So, if, unfortunately, you find yourself in a situation where you’re falsely accused, we hope that this article will help you make some first steps towards clearing your name and getting on with your law-abiding life!

First Thing You Do

1. Do not say anything to anyone, except for asking for an attorney.

This may seem counterintuitive, especially because you’re innocent. But the fact of the matter is, as the Miranda Warnings go, “anything you say can and will be used against you in a court of law.”

In a worst-case scenario, police can use something you say as evidence to associate you with the crime. You may want to tell someone your side of the story, or try to show your innocence. Fight that urge. An attorney can help you prove that without the possibility of saying something that could get you convicted for a crime you didn’t commit.

Not saying anything includes not speaking to your family or friends. Again, it’ll be hard not to tell your loved ones that you didn’t commit this crime, and give them reasons as to why you couldn’t have. But legally, these conversations aren’t privileged.

As a result, even if they don’t want to, people you talk to about what has happened can be forced to testify in court to what you said to them. If you’ve made any statements that are inconsistent or contradict something you’ve said earlier, anything you say about your innocence could be discredited, and make you unbelievable.

The safest route for you to go is to keep your mouth shut and ask for an attorney. These conversations are protected under attorney-client privilege, so anything you say to them, they won’t be forced to tell the court. And the more you tell your attorney, the easier it will be to prove your innocence.

Criminal attorneys are the specialists here. It’s important to remember that no matter what anyone says, hiring a lawyer is not a sign of guilt. In fact, we see it as a sign of intelligence. It’s not every day that you’re accused falsely of a crime, but they deal with this kind of stuff all the time and will walk you through the intimidating steps of a criminal process. In hiring a lawyer, you’re doing what’s in your power to protect yourself.

2. Try to gather evidence to prove your innocence

While the attorney is the expert here, there’s no harm in making their job a little easier. After all, their job is helping you! By gathering evidence, however, we don’t mean going to the crime scene, talking to the victim, or anything like that.

Gather things that you have in your possession that relate to the alleged crime. These include things like pictures, clothing you were wearing, or other objects that can help prove your innocence. Additionally, you can get together other things that may relate to the crime, but aren’t direct evidence of it. These can include things like phone records, letters, emails, etc. Things to show that you weren’t at the scene of the crime during the incident.

Another thing you can do is make a list of possible witnesses – but do not talk to them! These can be people you think know about the crime or have information regarding it. It can also be people who were with you at the time of the crime, who can prove that you were not there.

Make sure to give all these things with your attorney. The easier you make their job, the better it is for you!

What You Shouldn’t Do

While it’s vitally important to talk about what you should do if you’re falsely accused of a crime, it’s just as important to talk about what you shouldn’t do as well. First of all, do not, under any circumstances, destroy evidence that you think makes you look guilty. By destroying it, it’ll make you look even worse! Plus, there are added charges such as evidence tampering, etc.

Additionally, don’t try to talk to the victim or witnesses to set the story straight, or try to explain to them what happened. Legally, in most scenarios, you aren’t allowed to have any contact with the victim at all. As a result, reaching out can also carry criminal charges. So as tempting as it may be to try to explain a situation, use your attorney instead to set the facts straight.

Lastly, don’t submit yourself to voluntary tests or questioning without at least talking to your attorney first, if not having them present. Again, while it may be tempting to do so to prove your innocence, it’s always better to be safe than sorry!

Hiring an attorney is vitally important when you are falsely accused not just because they can help to prove your innocence, but also because moving forward, once you prove that, you can also sue your accuser, especially in cases where the false accusation has negatively impacted your life.

There are a variety of different charges you can file against a false accuser, depending on the alleged crime. If the victim intended to harm your reputation, they knew that what they were saying was a lie, and as a result of their accusation, you lost your job, your place in the community, or something similar, you can sue for defamation. In instances where the false statements harmed your reputation that were put out into the public or spoken to a third party, you can sue for slander or libel.

It is relatively difficult to differentiate between what you should sue for in what instance. As a result, it is a good idea to keep your attorney around even after they helped prove your innocence. That way, they can help you restore your good name in the community.